Places to Be, People to… Fuck?

All locations appearing in base version of Forbidden Curiosities have been rendered, post-produced and programmed. In total, there are 12 locations in the game (although, if development takes too long, we may release with 10 and move two story non-crucial locations to DLCs). Each of them allows for some unique actions (working, upgrading skills, purchasing of goods and so on). Locations’ state may vary depending on the hour, weather or day of the week. Due to the nature of the game we felt that was needed – it’s a dating sim, played through numerous “in-game days”, where you’ll be revisiting locations over and over again. Making them appear a little different every now and then will help alleviate monotony.

Our most recent Forbidden Curiosities-related work isn’t exactly exciting for you as it was mainly focused on gameplay mechanics. With Countess in Crimson we are in good position since it will mostly be using streamlined Cockwork Industries adventure game mechanics. Things are quite different for FC as it’s a completely different type of game. Tracking various actions, flow of time, money, outfits, skills, etc. is a new territory for us and unfortunately takes time to implement. However, with locations now done, between programming we can finally start rendering things that will probably interest you more – namely, all the chicas. But that’s for the next update…

Have a peek at the eponymous curiosity store in its full animated glory as it appears first time you visit it in the game:

A place where a girl can unleash her hidden talents. A team of coaches, tutors and psychiatrist will help you develop the most sought-after skills like bimboism, masochism or smut. Pay for the single session with a specialist on enroll for an entire course! Start a career as either an educator or a cleaner, helping rid the place of gallons of filth after each intensive training session! 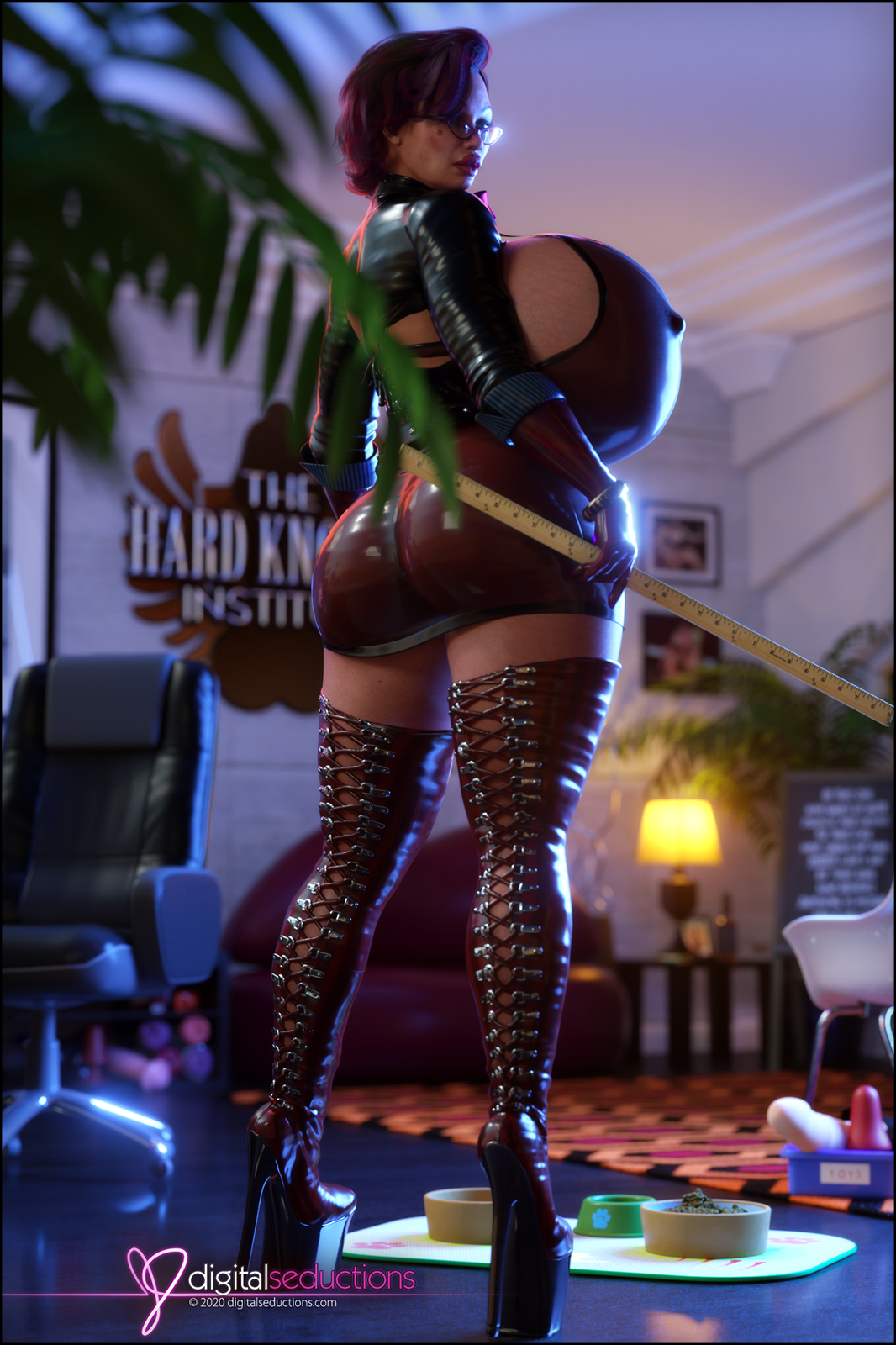 Posing: Ingrid Hodenbrecher, PhD. Hailing from Gemany, Ms. Hodenbrecher specializes in hypnotherapy and behavioral conditioning. With each session with her you can permanently lover your IQ, rise your pain threshold or learn how to fetch if puppy play is your thing. 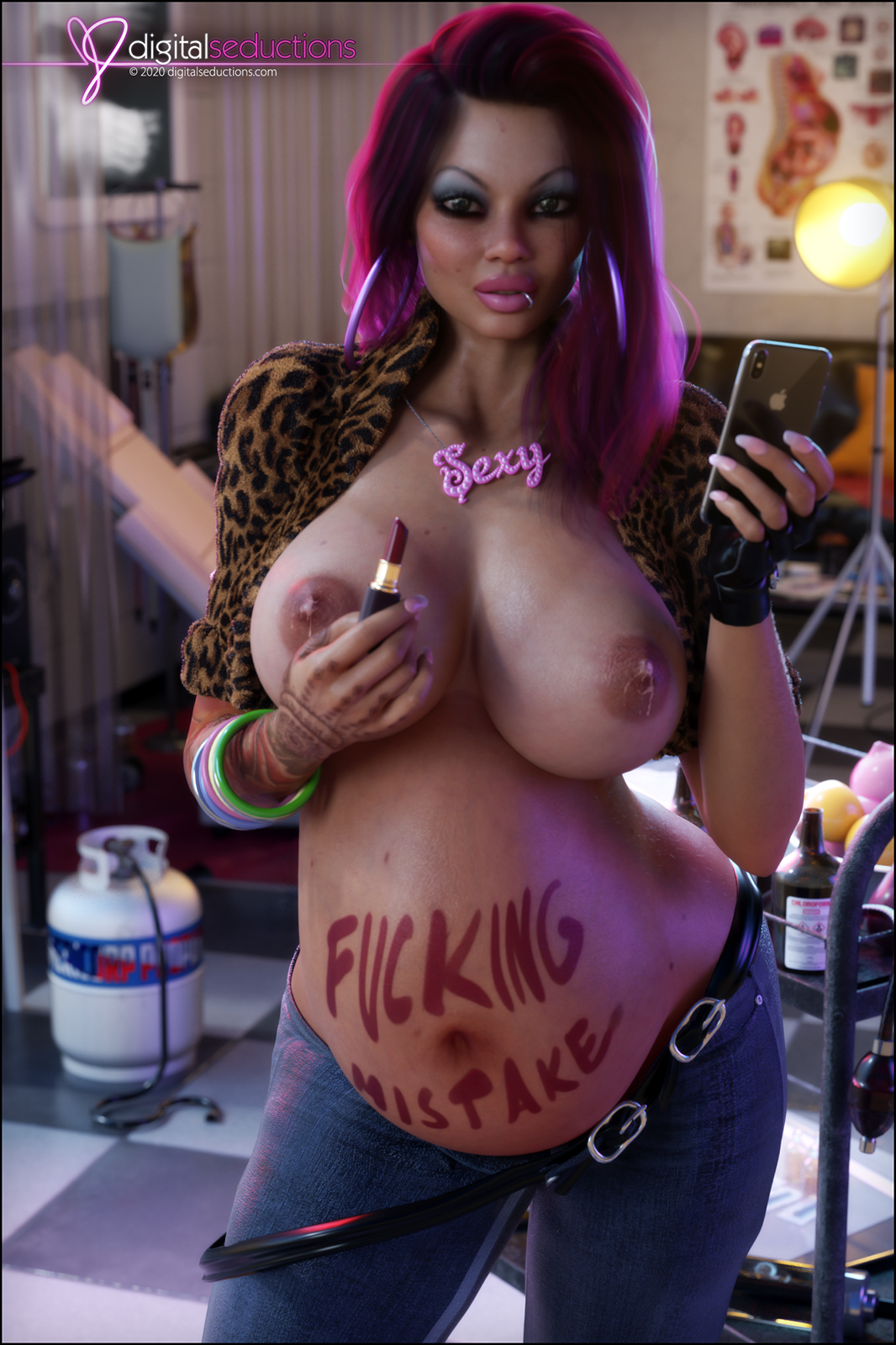 Posing: Cherry, a young and playful prostitute with weird hobbies. While she normally charges premium for her services, every Sunday she volunteers for charity, offering her body for all homeless, old or disabled people she finds. She’s also known for turning boys into men – free of charge. 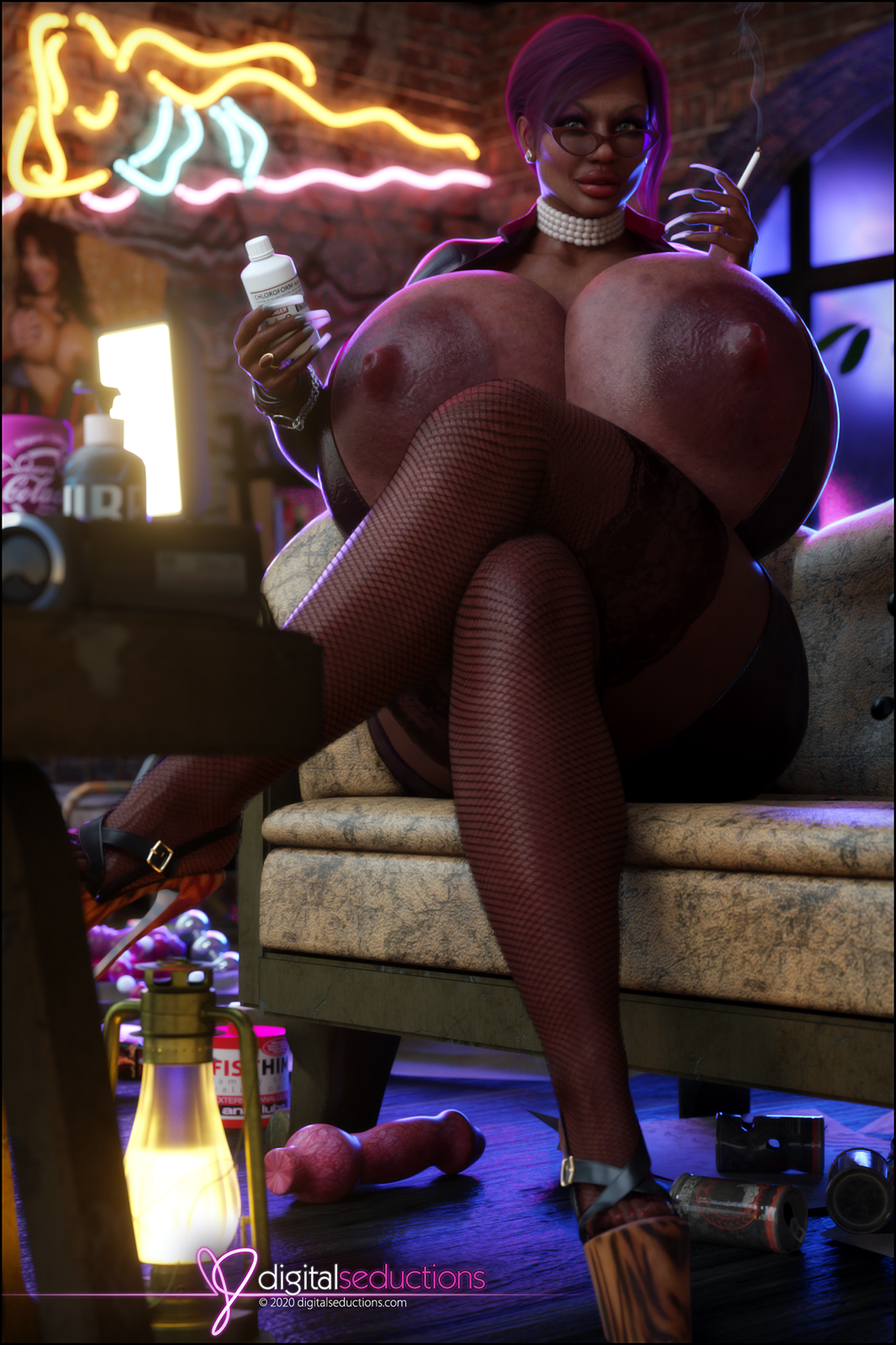 Posing: Tyronica Williams, professionally known as Lady Red, is one of the most prolific directors and cornerstones of Distorted Pictures. Her directorial debut – “The Last Breath” (as well as its seven subsequent sequels) – gained a cult following. Apart from working as a director, she often caries casting duties.

The beating heart of the city. Movie date night? Groceries or… drugs? It’s all here! Shop, satisfy your cultural needs, solicit passers-by or wok as a drug-dealer… you choose. 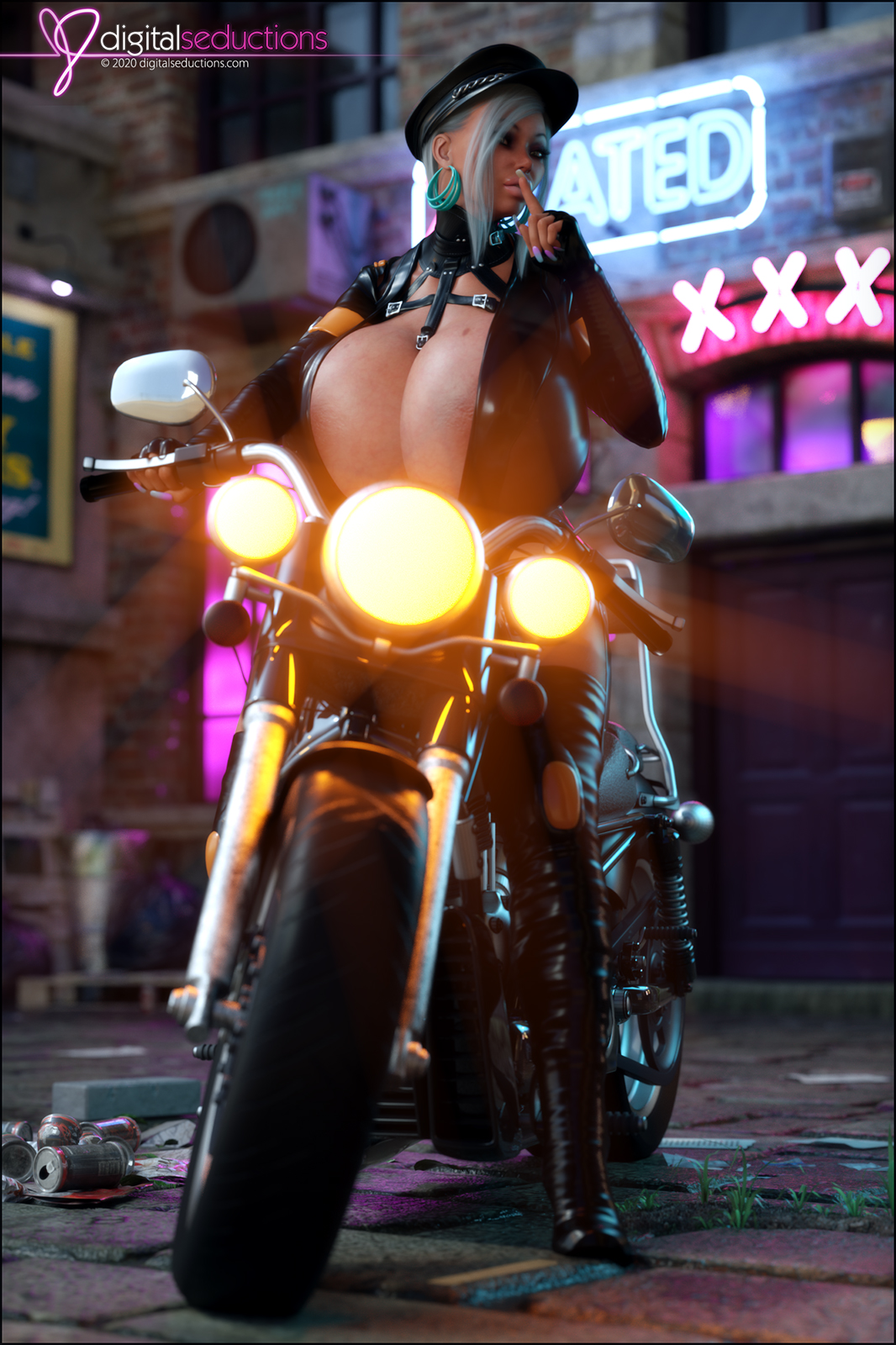 Posing: Trish, a prolific member of the Aryan Lassies. Extortion, bullying, human trafficking and drugs – whenever you need something not quite legal, she’s here to help. 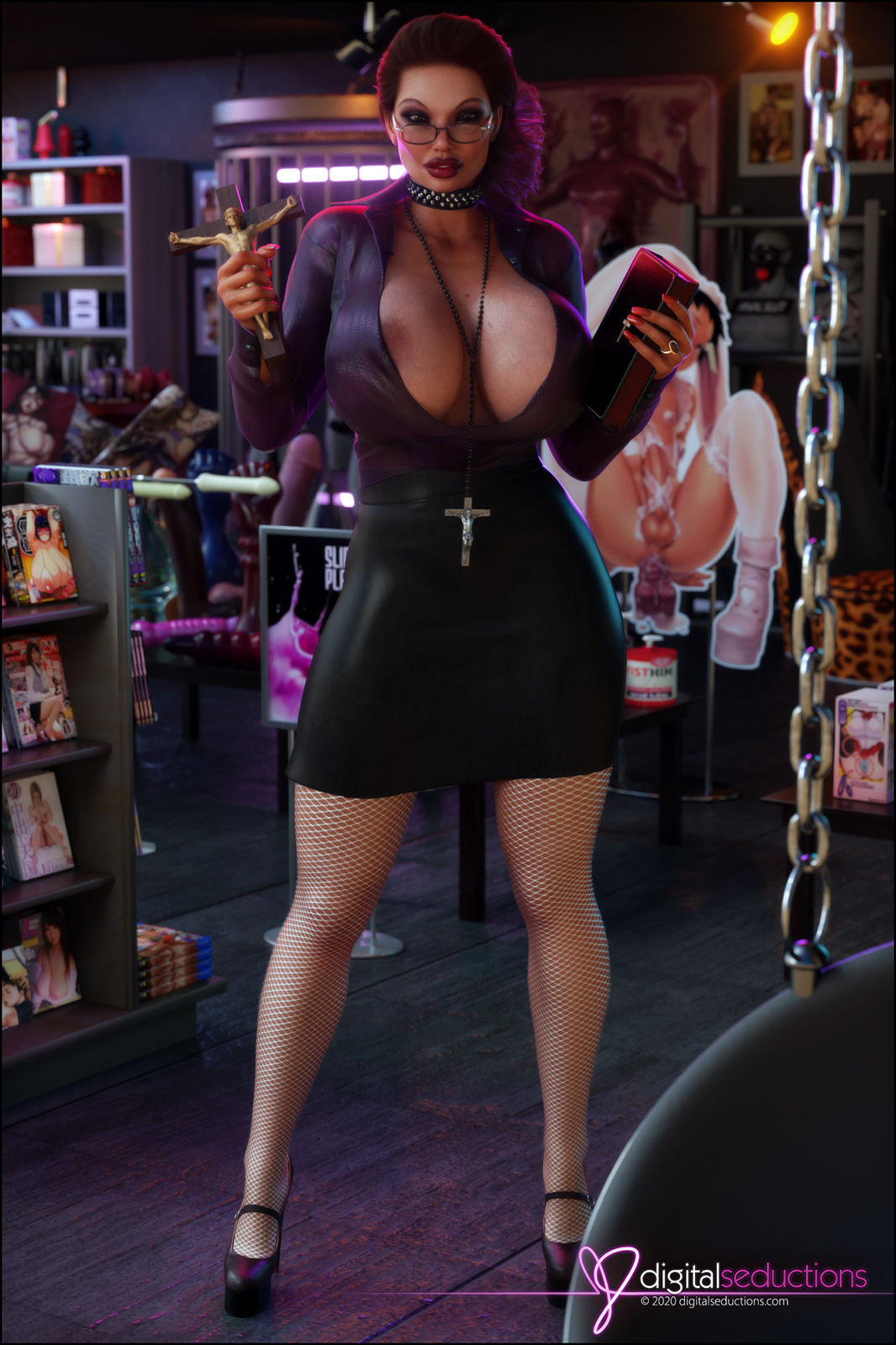 Posing: Jezebel, once a devoted nun who had cast off her habit once she realized that organized religion concentrates too much on misery and suffering instead of spreading Jesus’ message of love. Now she preaches His word to those willing to listen… her own way. 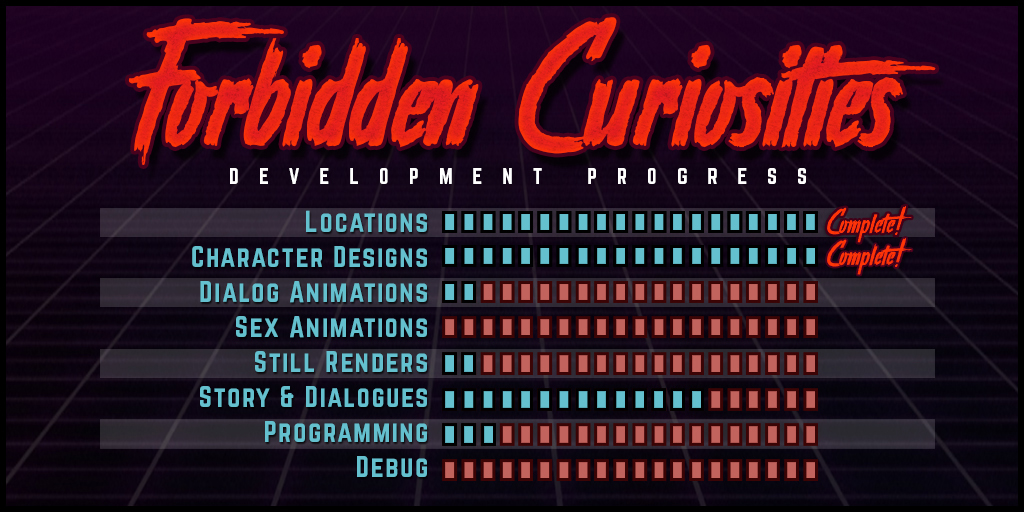